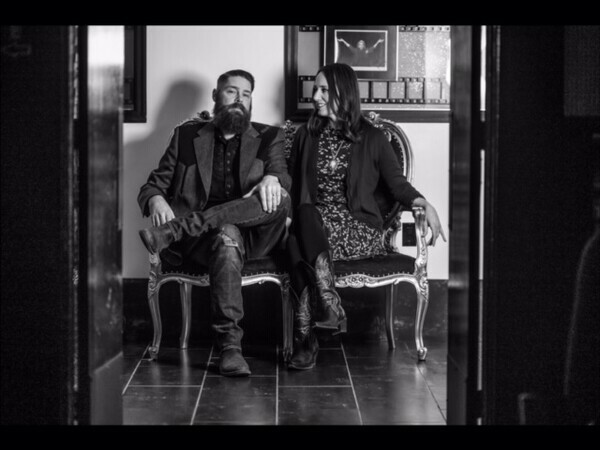 Last Birds is a Folk -Americana duo consisting of the husband/wife song-writing team, Lindsay Arnold and Mike Davis.    Following their success with the Southeast Saskatchewan folk group, Hook & Nail, which includes a Canadian Folk Music Award nomination for New/Emerging Artist of the Year, Mike and Lindsay started a new project which focuses on close-knit vocal harmonies and interwoven acoustic guitars.   Keeping instrumentation minimal, their songs harken to the early days of country folk music whilst exploring dilemmas of the modern world.

Last Birds will be in the studio in the early spring of 2020 to record their first EP with Producer Brad Prosko of Regina, SK.  The EP is scheduled for release in the Fall of 2020.

Lindsay Arnold is a visual artist, filmmaker, songwriter and musician.  Her paintings, drawings and videos regarding the female experience have been exhibited internationally.   Her work is in the collection of the Saskatchewan Arts Board and private collections around the world.  Using folk music as her latest medium, Lindsay continues to delve into our imperfect relationships with ourselves and the world around us. As the primary lyricist for Hook & Nail, as well as a vocalist and guitarist in the trio, Lindsay faces hard issues, such as child abuse, alcoholism and local economics head on.  In this new project, Last Birds, Lindsay continues in the role of lyricist and vocalist as well as guitar.

Mike Davis is a song-writer and musician, playing acoustic and electric guitar.  Working as a musician since the age of 16, Mike has a wealth of live performance experience.  With a discriminating ear for details, Mike's unique approach to guitar formed the original building blocks for most of the songs on Hook & Nail's debut album.  His ability to develop engaging acoustic guitar riffs played an important role in securing a SaskTel commercial in 2019.   Mike's mix of rhythm lead  guitar and vocal harmonies give Last Birds its signature sound.

Mike and Lindsay have been married for 12 years.  They live in North Portal, Saskatchewan with their 11 year old daughter in house they built with their own hands.